What is the difference between freezing and deep-freezing? 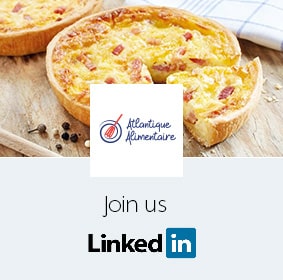 In order to fully understand our metier as creator and manufacturer of frozen food solutions, we felt it was important in this article to define the two main processes of freezing and deep-freezing.

Freezing is a well-known technique that consists of reducing the temperature, over a fairly long period of time, up to 24 hours, to transform the water contained in the products into large ice crystals. The freezing technique is mainly used by private individuals to keep their food in the freezer.

This technique has several disadvantages: For example, the edges of the crystals end up perforating the cell wall of the food. As a result, some of the most volatile water and flavours evaporate. Finally, the disorganisation of the structural tissues can lead to enzymatic and non-enzymatic reactions that alter the flavour and the texture of the products that tend to dry out.

Used by manufacturers in the food sector, this technique allows the rapid or even brutal cooling of food exposed to temperatures ranging from -30°C to -50°C. The objective is to lower the core temperature of the product to -18°C. Thanks to this process, the water contained in the cells crystallises more finely, thus limiting cell destruction and preventing the proliferation of micro-organisms which are put to sleep at low temperatures. As a result, the products treated in this way retain their freshness, texture and flavour….

For all the news about Atlantique Alimentaire and its innovations